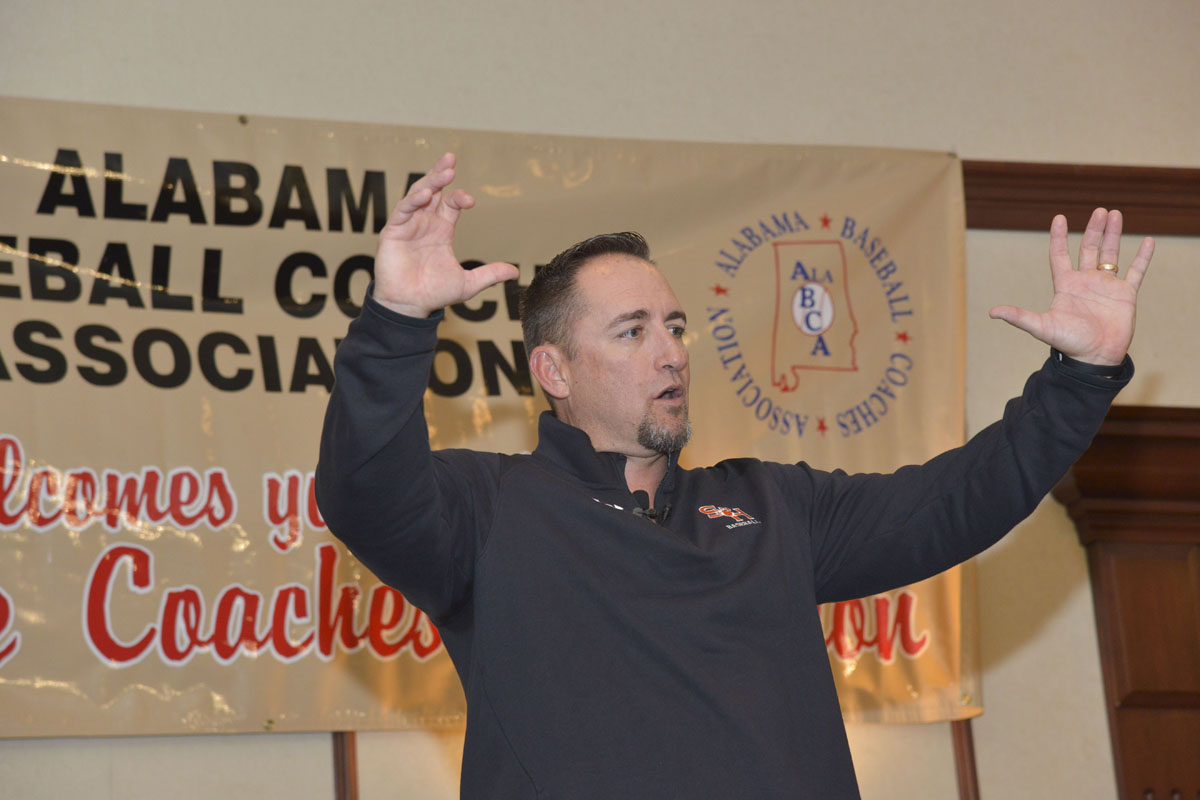 Matt Deggs, Sam Houston State Head Baseball Coach, and one of the most sought after and inspirational speakers in the country, was a big hit with the coaches in telling his personal story of pain, suffering and redemption. 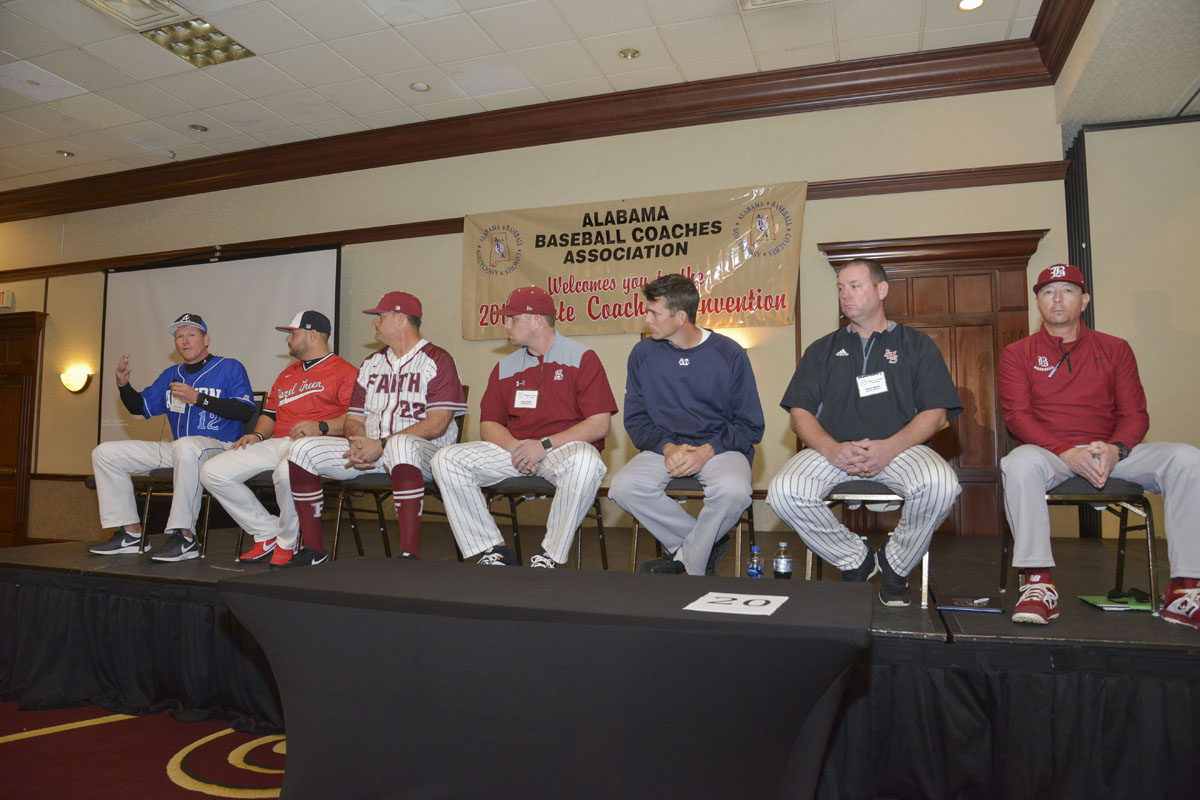 The 2018 AHSAA State Champion Coaches panel was another big hit this year. 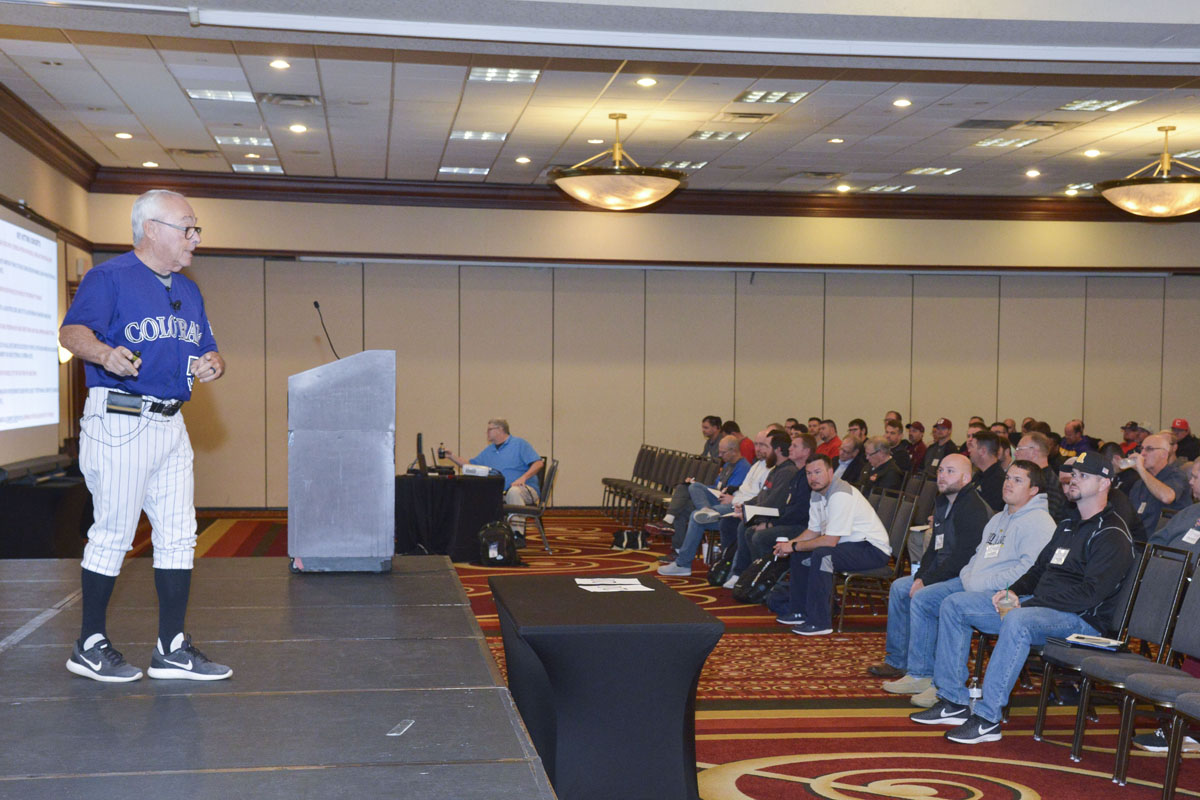 Jerry Weinstein of the Colorado Rockies returned to speak at the ALABCA Convention after speaking in 2014. One of our country’s finest men in the game. His passion and knowledge of the game are second to none! 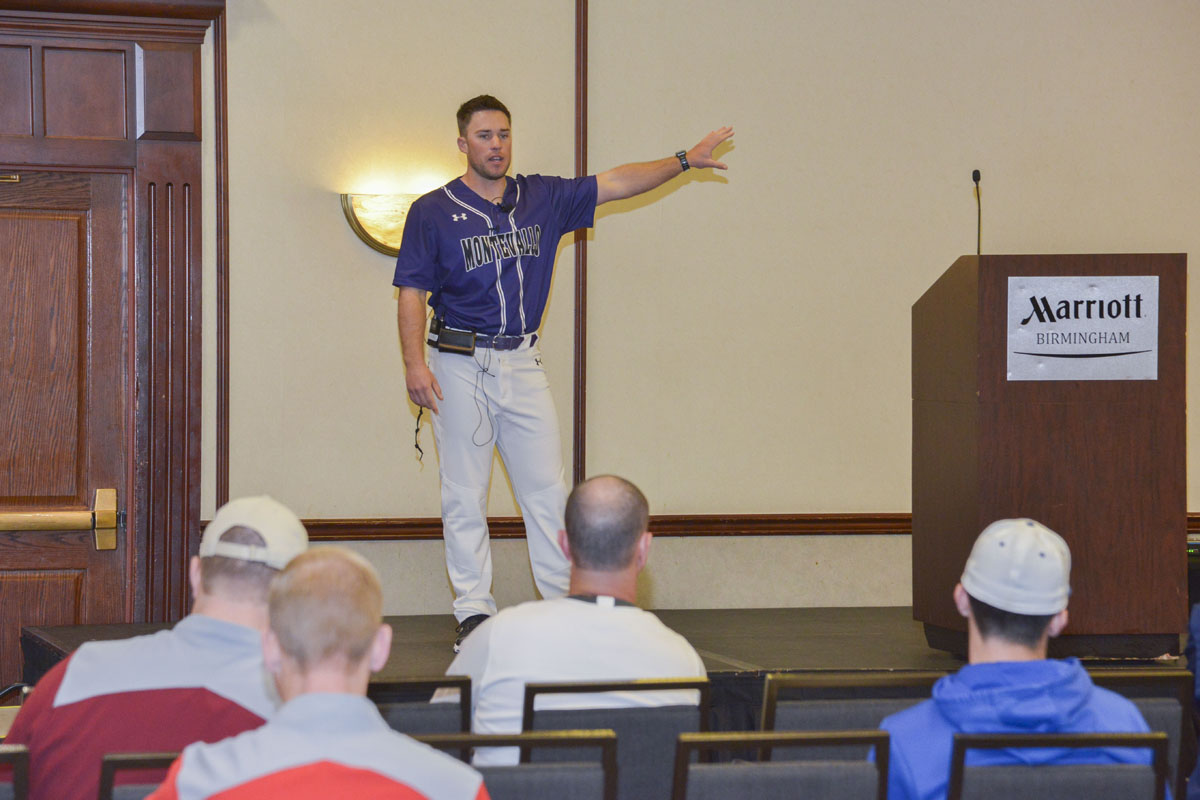 Franklin Bush, University of Montevallo assistant coach, gave two great talks, one on catching and one on hitting.